If you took a survey asking people what they thought was the most dangerous dog breed, pit bull would probably top the list. “Pit bull” is a term that encompasses a number of breeds including the American pit bull terrier, Staffordshire bull terrier and American bulldog. These athletic dogs are known for aggressiveness and a defensive nature, but that doesn’t mean all pit bulls are an imminent threat to your safety. Despite a history of breed violence, many pit bulls can be safe and loyal companions, even with children. These energetic canines thrive in an active environment. When properly socialized, pit bulls learn to curb their energy in healthy ways.

Decades of misinformation and stereotyping have given pit bulls a bad rap. It’s time to set the record straight on these amiable animals.

Bred from bulldogs, pit bulls were first used to help control livestock. Their collective fate took a turn for the worse when breeders began to train them for the inhumane blood sport known as baiting. Humans would watch these dogs fight bears, bulls and other large animals. When governments came to their senses and banned baiting, spectators turned the animals loose on each other. Much of the perception of these dogs is based on this violent history. In some cases, pit bulls were bred and trained to fight. Dogs from those bloodlines are sometimes more likely to lash out, but that doesn’t mean they’re automatically dangerous. While they may boast strong jaws and ripped muscles, pit bulls can be just as loving and safe as any other breed. Dogfighting gives pits a bad name; every pit bull you see is not a trained killer.

Like any other dog, a pit bull’s behavior is largely dependent on the environment in which he or she grows up. Take your pit bull to a dog park after locking him in a crate for the first part of his life and he may display aggression or shyness toward other dogs and humans. Provide an active lifestyle where your pit bull can socialize from a young age, on the other hand, and your pit bull will likely be as intelligent and gentle as any other dog. 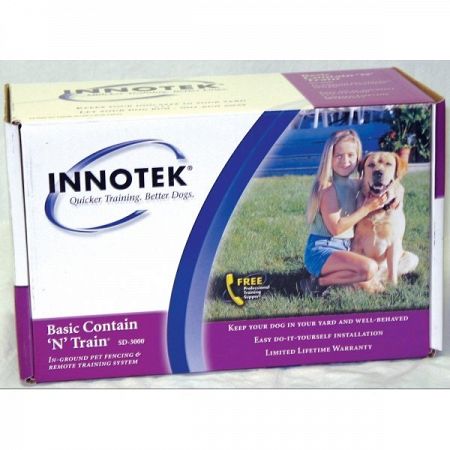 If you have a young pit bull, get him around other people and dogs as much as possible. ASPCA.org notes that a dog’s most important sensitive development period takes place between 7 and 16 weeks of age. If your dog has early experience with others, he’ll be able to curb aggression as he gets older. If you adopt an older pit bull who displays aggression, take baby steps toward interaction with others. Keep your pit bull on a leash near the dog park, for example. A Flexi Leash assists you in restraining your dog in a very easy and natural manner.  As he learns to cooperate with other dogs, you can take additional measures to assimilate him. Training is paramount with pit bulls, especially those that grew up in unstable environments. Devote time to establishing commands. As your dog starts to recognize commands, you can use a  training collar to reinforce the lessons. Dogs need to know they must listen to their master and behave, but also that they are cared for.

Like all dogs, pit bulls deserve the dedication and commitment of loving owners. That means keeping these hounds off the street and out of the pound. Have your pit bull spayed or neutered by a well-known animal center to control the animal population. According to Davis Country Animal Care and Control, dogs who are fixed are less likely to attack or bite someone. It’s one more reason to do the responsible thing for your pit bull.

There are three types of canine electrical fencing:

The wireless fencing system has become increasingly more popular. Currently the electric wireless fence product which dominates the market is made by Petsafe which is Radio Systems. Radio Systems makes both Petsafe and Innotek products.

Use coupon: wireless to save $5 on any outdoor wireless fence at our store until September 30, 2011.

Note that you can use this product with a cat if they will tolerate the collar receiver size and weight.

How Does Wireless Fencing Work?

Installation is performed by setting the transmitter in the center of the circular boundary you wish to define and adjusting the transmitter signal strength to get the desired boundary diameter. The signal is received by your pet’s collar receiver while they are within the boundary area. When your pet approached the perimeter the collar receiver then responds by emitting a warning tone. If the dog approaches further and/or hasn’t retreated, the tone is followed by a mild electrical stimulus. The receiver stimulus can be set to different levels to match pet temperament. Animals properly trained typically learned to avoid the boundary very quickly and do not test the perimeter. The system also detects if a power failure occurs and will shut down the collar receiver so that it will not shock your pet.

What to consider when buying

Fortunately, the wireless fence product offered by Petsafe has an LED indicator on the collar receiver when the battery is low on power. This is probably the most important product feature as a low collar battery is the most common reason that pets breach the boundary. Therefore this is not a consumer concern.

Make sure that a circular boundary is sufficient for your needs. Consider things like gardens, flowers, pools, etc. that you may not want your pet to have access but are within the boundary area. If this is a major concern than perhaps an in-ground system is more appropriate for you.

Also consider the maximum boundary diameter of the product. You can extend the range of the boundary by adding a second transmitter who’s boundary overlaps the first transmitter. This works if you have a second location protected from the elements that has electrical power the second transmitter can be located in.

I currently use a wireless electric fence and have no complaints with it’s performance. Only once I called to specialists from Fence repair overland park, Kansas, but there were nothing serious. As I stated before, I would not do without an electric dog fence. The freedom it offer my pets as well as myself is worth far more that the cost of the item.

There are three types of outdoor electric fences available for pets, Inground Fencing, Instant Fencing (known as a Wireless Fence), and Above Ground Fencing. Above ground fencing is typically used for larger animals, although there are some products available for pets. The most popular electric fencing is in ground fencing. I will focus on this type of product. The main manu

facturer that we are aware of is Radio Systems Corporation. They make Petsafe and Innotek products.

An electric pet fence allows your pet to roam in the front and rear of your residence. This allows your pet to enjoy the activities and surroundings all around your house as opposed to just the backyard (if it is fenced in). Pets are naturally curious and enjoy being able to monitor the activities, sights & sounds that surround their house. Note that there are models available for cats and dogs.

With no perimeter fencing we need to contain our pets in a pen or on a lead if we are not present. This allows for very little mobility. I have found that an electric fence offers a tremendous amount of additional freedom for myself and my pets by having the ability to open my front or rear door and let them out without worry. Pet ownership has enough responsibilities and restrictions without having to personally take your pet out every time they want to go outdoors.Â

The safety this provides our pets is immeasurable. This is evidenced by the ASPCA’s support for the use of wireless fences. Fencing also allows you to create restricted areas that you do not want your pet to enter such as pools, flower beds as an example.

Finally, this saves you from the expense of putting up what can be an unsightly traditional fence. Some home owner associations do not allow this. Additionally dogs can dig under a traditional fence to get out creating multiple obvious issues.

How Does Inground Fencing Work?

Installation is performed by burying wire to define the boundary configuration. Simply place the boundary wire in any configuration you choose. The wire is connected to the transmitter (mounted in an environment protected from the elements). The transmitter sends a signal through the wire. The wire acts as an antenna that send out a signal. The signal is received by your pets collar receiver as they approach the boundary.Â
Â
The collar receiver then responds accordingly. When a dog approaches the boundary area, he receives a warning tone. If the dog approaches further and/or hasn’t retreated, the tone is followed by a mild electrical stimulus. In some cases with the more expensive models the stimulus can be set to different levels to match pet temperament. If he still continues toward the boundary, some models will boost the stimulation to help prevent run-through. It has been my experience that most dogs learn to avoid the boundary area all together in a short time. Published information confirms this as well.

What to consider when buying

There are a few features that I have found to be very important while others are nice to have but necessary. The following is a list you should consider.

Overall we have had great success with electric dog fencing. It is to the point that we would not do without it. The freedom and safety it offer our pets as well as our family (freedom, anyway) is worth far more than the cost of the item.

The Gems from the Past